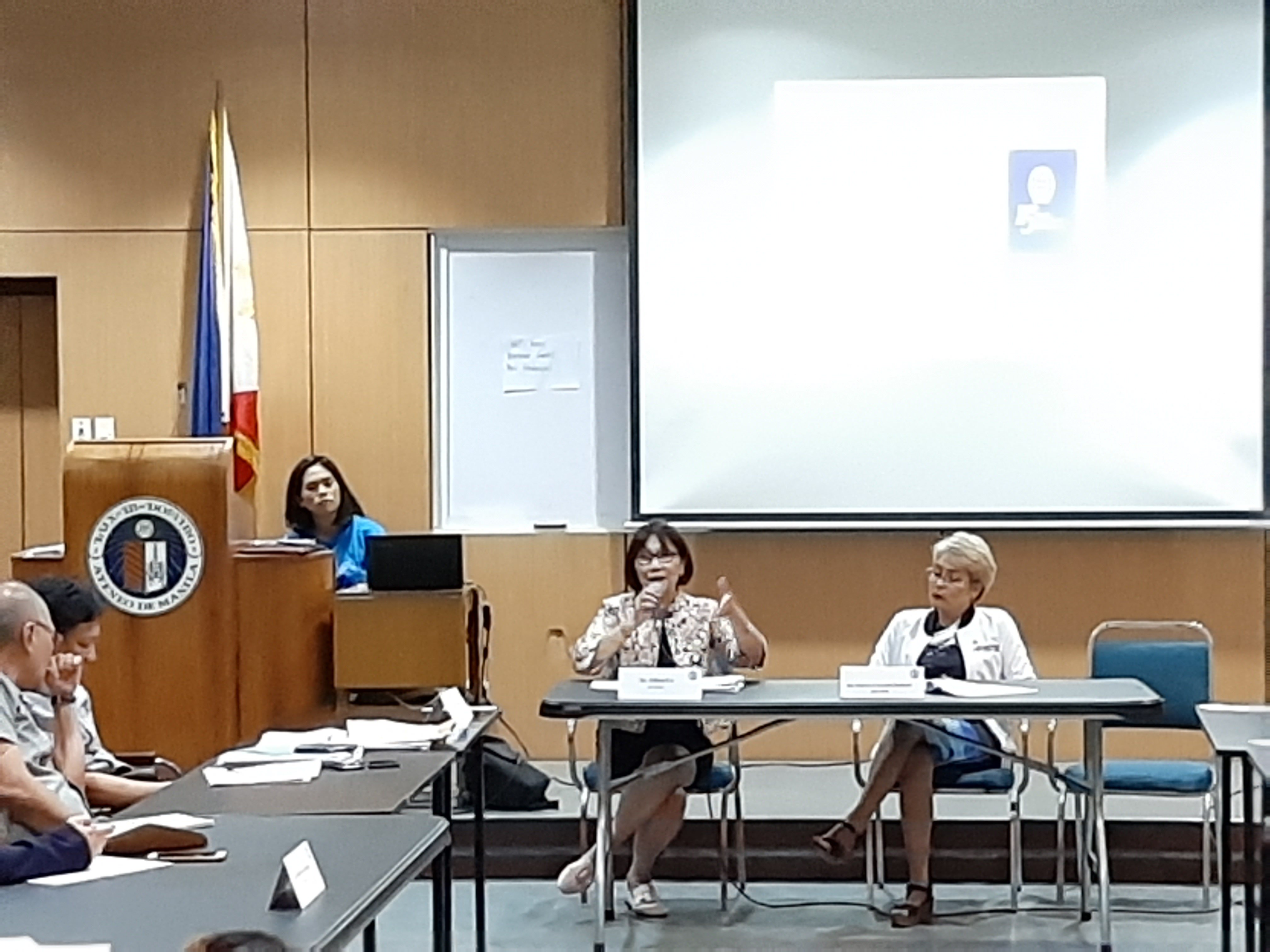 13 September 2019, QUEZON CITY, PHILIPPINES —UP-CIFAL Philippines Director Dr. Edna Co served as a reactor in a roundtable meeting on the proposed Department of Overseas Filipinos organized by the Center for Migrant Advocacy.

Dr. Co highlighted four points during her speech. First, the Philippines is internationally recognized as one of the best countries in terms of migration governance, having a multi-stakeholder feature in its migration work.

Second, Dr. Co suggested evaluating migration functions and work as well as identifying gaps related to these in order to move forward. Through this, the creation of a bureaucracy that deals with migration stands on solid ground and would be evidence-based.

Third, she pointed out that besides migrant workers, other types of migrants such as marriage migrants and retirees should also be considered.

Finally, she emphasized the need to go back to the strategic vision of migration, including the reintegration of migrants. Moreover, an inter-agency approach may be essential to bring players and agencies together given that the Philippines has been a migrant-sending country since the 1970s.  Dr. Co emphasized that thoughtful exercise toward the creation of a new bureaucracy is imperative.

FEBRUARY
Renewal of Agreement with IOM

30 Presentation of Research on Filipino Children of Migrants