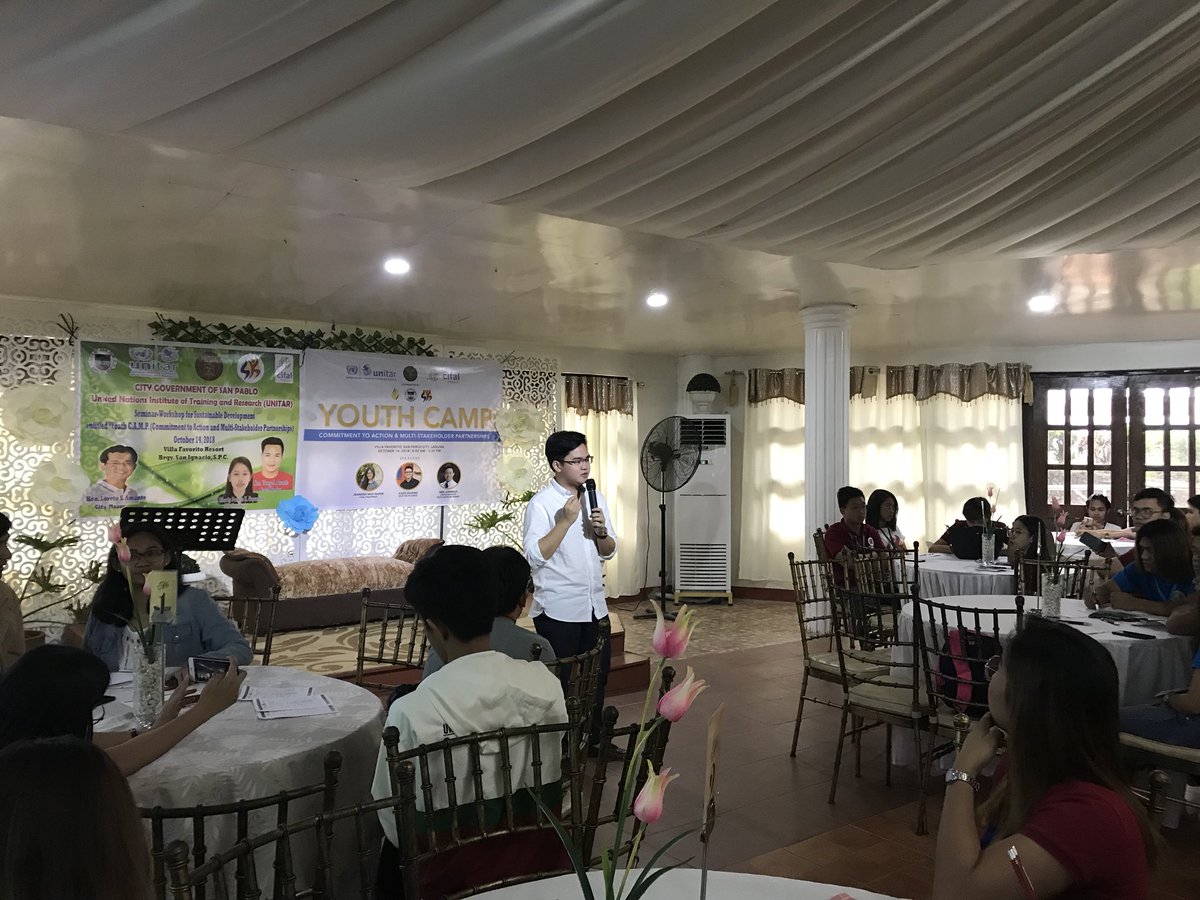 SAN PABLO CITY, LAGUNA—UP CIFAL Philippines, in partnership with the San Pablo City Government, Sangguniang Kabataan of San Pablo, and the Initiative for Genuine Involvement, Transparency and Empowerment (IGNITE) of the UP National College of Public Administration and Governance (NCPAG), conducted the second installment of the Youth Commitment to Action and Multi-Stakeholder Partnerships (CAMP) for Sustainable Development on October 14, 2018.

Around 160 youth officials from all 80 barangays of the city participated in the seminar-workshop, which aims to enhance the capacity of the youth in conceptualizing and managing projects to help achieve the sustainable development goals (SDGs).

SDG 3 (good health and well-being), SDG 4 (quality education), and SDG 8 (decent work and economic growth) were highlighted during the presentations.

The participants cited health issues (e.g. drug addiction and early pregnancy), out of school youth, lack of school facilities and unemployment as the common problems in their barangays. To address these, the youth officials proposed to conduct seminars on drug addiction and early pregnancy, to raise funds through fun run to build school facilities such as libraries and hold job fairs.

The speakers echoed the common challenges facing young people. Thus, among the priorities of the Youth 2030: United Nations (UN) Youth Strategy, according to the resource persons,  include economic empowerment through decent work, informed and healthy foundations through education and healthcare, as well as engagement, participation and advocacy.

Jeanena Mae Rafer, UP CIFAL Philippines research and program officer, discussed the SDGs as a framework of action and introduced the localization of the SDGs in the Philippines.

Franz Averion, National Secretary General of the 2030 Youth Force in the Philippine, talked about how to make an impact with SDGs.

Finally, Neil Lomibao, Chairperson of the United Nations Youth Advisory Group, tackled the role of the youth in attaining the SDGs.

A web series showcasing the SDGs, called “2030 on TVUP,” was also launched during the event.

The first Youth CAMP was held in July 2018 at UP NCPAG and was  organized by the interns of UP CIFAL Philippines from UP Diliman and CIFAL Atlanta.