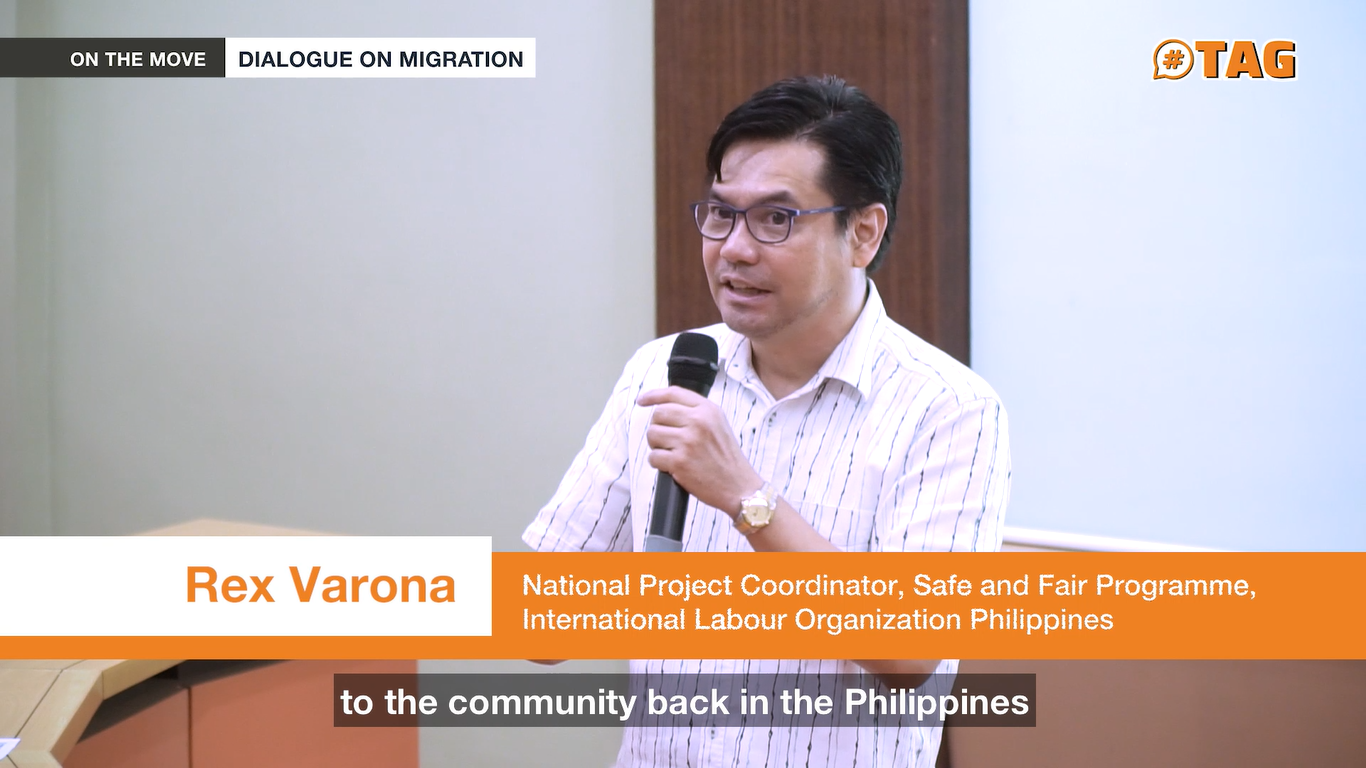 26 September 2019, Quezon City, Philippines—A migration talk video produced by UP-CIFAL Philippines and the Eastern Regional Organisation for Public Administration (EROPA) was launched in an international conference on the future of public administration.

Recorded during the #TAG (Thinking About Governance) On the Move: Dialogue on Migration in August, the video was presented in the weeklong conference organized by EROPA and the University of the Philippines National College of Public Administration and Governance. Around 250 public administration scholars and practitioners from Asia Pacific attended the conference.

In the video, Rex Varona, national project coordinator of the Safe and Fair Programme of the International Labour Organisation in Manila, “unpacked” the care package (more commonly known in the Philippines as “balikbayan box”) by discussing the social costs of Filipino migration.

The video aims to present migration issues in a concise and comprehensible manner to engage both practitioners and the general public. This is in line with the United Nations’ Sustainable Development Goal 10: Reduced Inequalities which seeks to “facilitate orderly, safe, regular, and responsible migration” and objective 17 of the Global Compact for Migration which aims to eliminate discrimination and promote evidence-based public discussions on migration.

The video can be accessed in UP-CIFAL Philippines’ and EROPA’s social media platforms.  Another video on debunking the myths of migration by Dr. Orlando Mercado, EROPA secretary-general and former representative of the Philippines to the Association of Southeast Asian Nations, will also be released online in October 2019.

29 WEBINAR SERIES: COVID-19 As A Mobility Crisis: Repatriation of Migrants from the Gulf States

3 WEBINAR SERIES: Food (In)Security in the Midst of COVID-19

11 WEBINAR SERIES: Nurture Nature: The Impacts of COVID-19 to the Planet and the People

15 WEBINAR SERIES: COVID-19 and Young People: Dealing with the Impacts of Pandemic on Youth’s Well-being

WEBINAR SERIES: No Crowding, Please: A Webinar on COVID-19 and Social Distancing in the Philippines