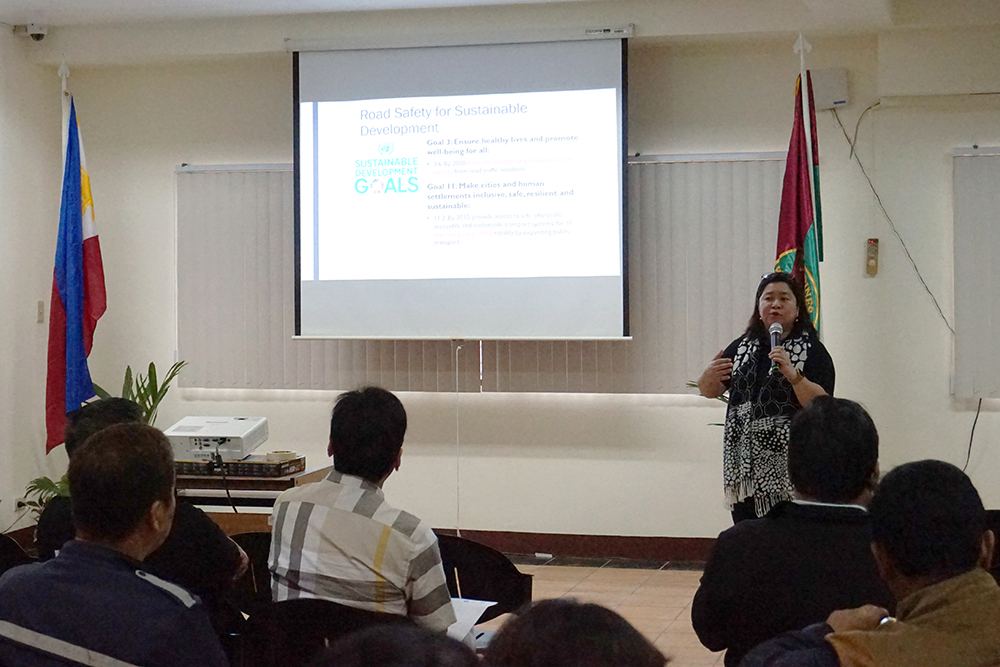 The dialogue, which was held on Wednesday, 12 July 2017, brought together 33 representatives from local government units, national transport agencies, academe and civil society to discuss city-level legislation and programs for traffic and transport management.

The most notable best practices shared by city representatives concerned the use of technology for record-keeping and monitoring of traffic violations and accidents.

Many of the participants also said that they have existing programs for driver and pedestrian education, targeting different sectors – from schoolchildren to traffic violators.

Another best practice is the pedestrianization of cities, which helps to decongest streets and improve road safety for non-motorized road users.

They pointed out that there is a need for cities to create an integrated plan on road usage and traffic management.

Another recurrent issue is the poor performance of traffic enforcers, who require additional training and better compensation.

Lastly, the participants cited the limitations of current road infrastructure and the need to improve the walkability of city streets to encourage pedestrians to obey traffic safety rules.

The roundtable meeting ended with a consultation on the Philippine Road Safety Action Plan, which is set to be launched by the DOTR in August 2017.

This event is the first of three Road Safety for Sustainable Cities Policy Dialogues. The second will be held in August with the theme “Walkable Cities,” while the third session will be held in September on the topic “Driver Discipline.”

For more photos of this event, visit the CIFAL Philippines Facebook page.