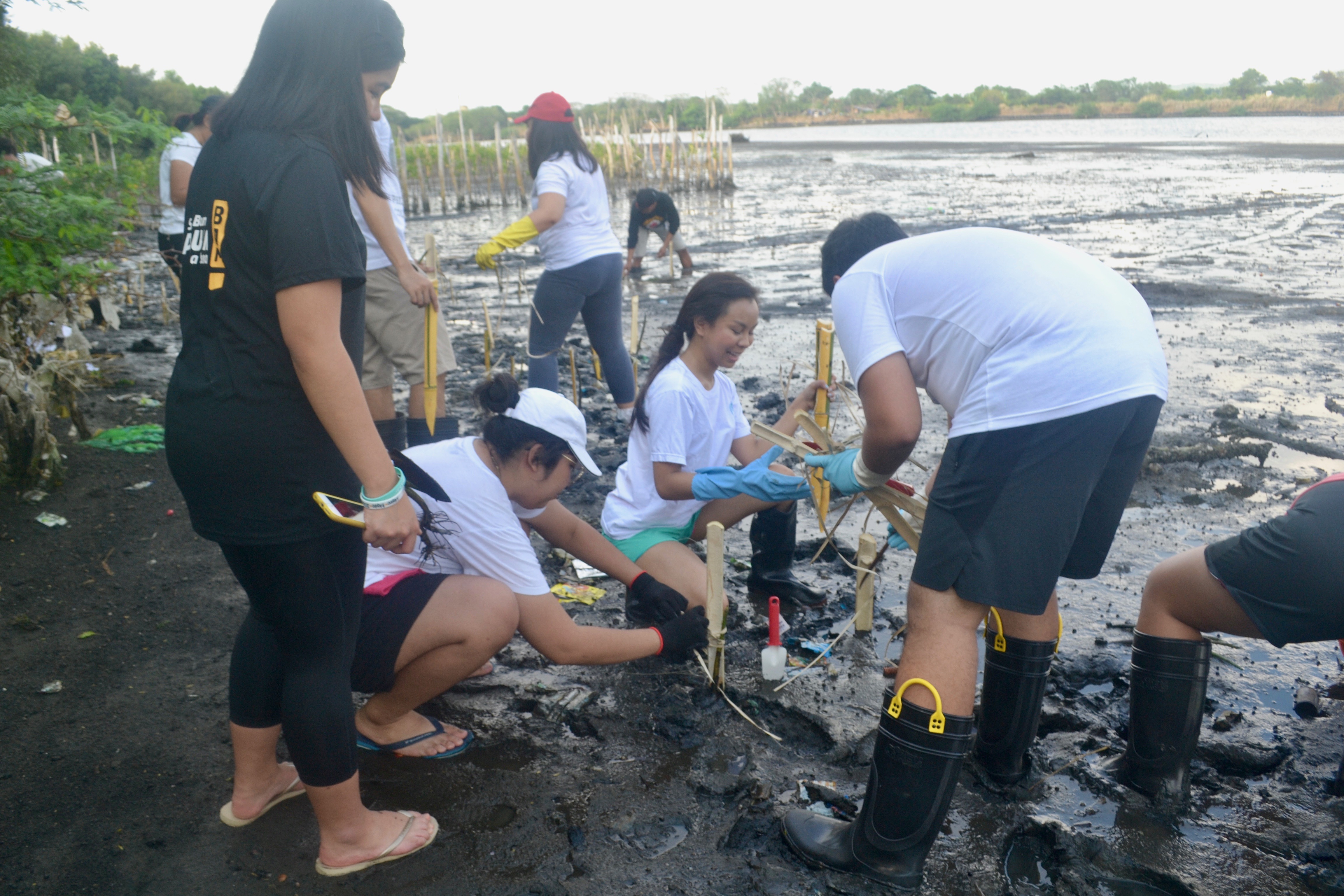 04 May 2019, Batangas, Philippines−An elective course in public administration (PA 191) titled “Mainstreaming and Localizing Sustainable Development Goals (SDG)” at the University of the Philippines ended the semester with a community project focusing on SDG 13: Climate Action.

Twenty-one students collaborated with the village (barangay) officers, Batangas City Department of Environment and Natural Resources, and civic association Bantay Ilog Calumpang Movement (BICMOVE) to hold a discussion on SDG 13 and linked it to SDG 14: Life Below Water and SDG 3: Good Health and Well-being by cleaning up the coastal wastes.

The discussion was followed by a mangrove tree planting activity at the coastal area of Barangay Malitam, one of the coastal villages in Batangas City in the southern part of Luzon, Philippines. The village is part of the downstream areas which practically serve as catchment of water spill including wastes from the upstream of several towns of the Batangas province. It is a neighboring village to the Verde Island, a passage considered as one of the richest biodiversity
areas in the country and in Asia.

The unsustainable waste practices threaten not only life forms below waters of the Verde Island but also make the coastal areas vulnerable to storms. Mangroves are proven to be a deterrent to storm surges.

The undergraduate elective course on SDGs tackles the 2030 Agenda as universal agenda for development and its application to the Philippine local setting.